Join me as I show you how I'm doing it, so that you can too!

If you’re wondering what’s the best way to get from Paris to Bordeaux, here’s how I did it.

I wonder how much they paid the consultants to come up with that.

At least they didn’t call it Yugo.

Before Ouigo, first Ouineed to get to Paris from CDG

Yes, there’s one train a day direct from CDG to Bordeaux, but it’s at 7:19 AM, and chances are, if you are flying from the US you’ll be arriving a few hours later.

At those booths, they’ll sell you a ticket and point you to where to board. The price is €18 ($20 or so). You can do it cheaper on the local trains, the RER, for around 6 euros, but you have to change trains to get to where you want to be in Paris. The bus is much easier, faster, and definitely worth the 10 euros extra versus the train.

How Long To Stay in Paris before Oigo to Bordeaux

You can take the first train out of Paris as soon as you arrive if you want to. But why would you want to? Even if you’ve been to Paris several times, as I have, it’s always fun to spend at least a few hours. So that’s what I did.

If you have never been there before, bust your budget for 3 days and do it.

Where to Stay in Paris Without Busting the Budget

You can find reasonably priced boutique hotels all over Paris on Booking.com. When you search, look for places with guest review scores of at least 8.0 and you’ll find something that’s absolutely fine.

Three charming boutique hotels where I’ve stayed, and that I absolutely loved, were Hotel LeFabe in Montparnasse, Hotel des Arts des Montmartre, and Hotel Exquis by Elegancia in Le Marais.

Unfortunately, prices in the most popular districts have risen dramatically in the past few years. Those hotels will now set you back between $100 and $150 per night in the low season. So you may need to make some tradeoffs in terms of location or quality if you don’t want to bust the budget too much.

Here is list of accomodations that I have prefiltered for you.

If you are ready to go now, I’ve written a more detailed post on finding great budget accomodations in Paris here.

How to Get from Paris to Bordeaux – Back Ouigo

I love Paris, but I didn’t want to start the trip by busting the budget big time right off the bat, so I chose not to stay for a few days. Instead, I opted for just a few hours. I was anxious to see Bordeaux.

So my first order of business was figuring out how to get from Paris to Bordeaux. In researching all the options, I found Ouigo. I saved about 25 euros over the cost of a ticket on the regular SNCF trains. Was it worth it?

Maybe not. SNCF does not make it easy for Americans to buy Ouigo tickets.

Ouigo’s English language site will pretend to sell you a ticket online that you can print out at home or save on your phone, 4 days before departure.

I hate keeping my tickets on the phone, especially if I’m traveling for months. It’s just so much better to have a file of train and bus tickets in my backpack. I put them all in chrono order in a large manilla envelope, and I write the departure and arrival cities in great big letters on the upper right corner of the back of each.  Then when I get to the station, no fumbling with the phone looking for where I saved the ticket. Just spot that big manila envelope in my backpack, and whip out the top ticket for boarding.

But if you’re really good with your phone, you can download the ticket, and then save the link to it on your home screen. You can put all your tickets on one screen in the order in which you’ll use them. I’ll leave that to the technophiles. I do it as a backup, but I prefer paper when I’m at the station.

So Ouigo is the discount side of the French national railway company SNCF, which now goes by Oui.sncf online.  Since SNCF has a monopoly on long distance trains in France, apparently SNCF created Ouigo to compete with itself, with a cheaper version of itself. That way it can lose even more money!

This is so French.

People who take trains are gonna take the train, usually regardless. It’s very nice of SNCF to offer us a cheaper alternative, considering that we would have paid full price! I don’t know about you, but I’ll take a comfortable, downtown to downtown 3 hour train ride over a 20 minute flight after a 1 hour drive to the airport, and then going through all the rigamarole at the airport for another hour and a half, then another commute into my destination city’s core.

In fact, I’ll use any excuse not to fly. I’ve even taken the Queen Mary to get over to Europe a few times. But that’s another story.

So, yes, there are ridiculously cheap intercity flights in Europe. You can go pretty much anywhere in western Europe, even with luggage, for under a hundred bucks, maybe even 50 bucks.

It’s not worth it in the context of what we’re doing–long term travel. Take the train, or even better a bus! I’ll get into the benefits of bus travel in Europe in other posts. I chose the train in this case because I had already been on a plane overnight and I wanted to get to Bordeaux fast.

I found out about Ouigo as I was looking for train tickets. SNCF really markets Ouigo to cheapskate locals. It does virtually no marketing to international tourists, especially les Americains. So how did I know about it? I love to do research, and I find all kinds of useful information in the process of digging around. A while back, I found a website that has a ton of info on European trains, named The Man in Seat 61. It’s at Seat61.com. It has a wealth of information about how to ride the trains in Europe. Very useful if you plan to travel around Europe for months.

Ouigo tickets do pop up occassionally on the train ticket search sites, like Trainline.com and Raileurope.com. But those sites don’t show all of the options, and they add service charges. So I’ve gotten in the habit of buying tickets online directly from the national companies that actually run the trains. SNCF has English language versions which are easy to use.

The Ouigo Ticket Purchase Is An ORDEAL

Unfortunately, the Ouigo site is not easy to use with a US based credit card. In fact, it’s a pain, but I’ve had the same problem with Trainline and Raileurope.

The problem seems to be much worse with Mastercard than Visa. I tried using a Visa card and was able to place the order that way. With Mastercard I had big problems, and I wasted a lot of time on the online chat with SNCF Ouigo support. They have English speaking support personnel.

Plan your rail ticket purchases well in advance, and allow extra time to get through the process. Most importantly, expect to get frustrated, but don’t. One way or the other, you must buy these tickets! So take a deep breath, and be persistent. If you’re using a Mastercard and the extra layer of security that they impose breaks the process, don’t waste your time with them. Use a Visa card. If you don’t have one, get one now.

SNCF then tries to make it a little more difficult to take Ouigo then their regular trains. First, they require you to be at the platform for checkin at least 30 minutes before the train is scheduled to depart. And they charge for virtually any normal sized luggage, including a normal sized carry on and backpack. I go with just a carry on and a very small computer backpack and had to pay €5 each for those. Be sure to do it online when you buy your ticket, otherwise they’ll clip you for 20 euros each. Ouch.

If you want an electrical outlet at your seat, that’ll set you back another 2 euros. And there’s no snack bar on the train, so it’s BYOF and BYOB. Bring your own munchies and drinks.

Other than that, the trains are about the same as the regular trains. And get this! The train from Paris to Bordeaux  reaches a top speed of 210 MPH. The travel time on Ouigo to cover the 363 miles was just 2:50. There were a couple of stops, and the trains don’t run at top speed all the time. In fact, they seem to slow the Ouigo trains down a bit just to make the trip a little longer than on their more expensive, full-service trains.

Ouigo offers tickets starting at 10 euros, which is about $11.00, for some trips, but I paid a little more. My base ticket was €16. I bought the electrical outlet and paid the 10 euros for the two bags. In the end it cost me 28 euros for a trip of 363 miles. A full service ticket would have cost between 45 and 85 euros.

The Ouigo to Bordeaux goes from Gare Montparnasse. Gare is the French word for train station.

I landed at CDG airport at 9 AM. I was on the shuttle bus to Paris at 10:30 and it takes about 35-45 minutes to get to the city with normal traffic. That gives you a few hours to take a stroll and have a sandwich and glass of wine on the Champs Elysees.

When you’ve finished your lunch, take a stroll down the Champs Elysees away from the Arc de Triomphe to the Clemenceau metro station to catch the metro to Montparnasse Station.

Leave plenty of time. Montparnasse station is a monster. It took me almost a half hour once I was inside the station to find the Ouigo train platform, and you need to check in there 30 minutes before your departure. The signage to the well hidden Ouigo platform is a joke. You’ll see SNCF personnel around the station. Keep asking directions until you get there.

Now, I did all this walking with my carry on and backpack. Get used to it! Traveling light is a must for this type of journey. Having too much stuff slows you down and is an aggravating factor that detracts from the experience.  Rough it just a little. You will quickly grow to realize just how little you really need to lug around, and will enjoy yourself that much more.

And by the way by this point, it is imperative that you have your phone all set to go with a local data service. You will absolutely need your GPS at all times throughout your trip! I’ll write a post about the best way to do that in the future.  At the very least, switch your cell phone service to Google Fi before you leave home so that roaming charges don’t wipe you out. 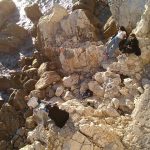 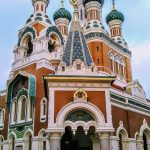 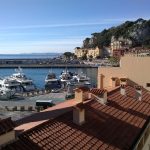 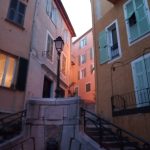 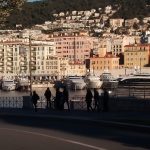 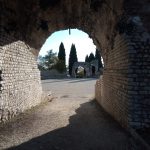 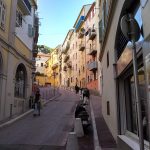 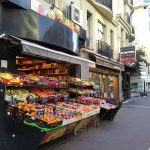 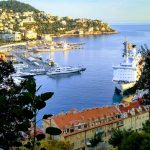 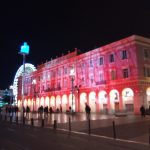 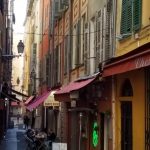 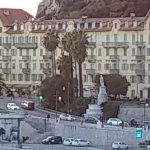 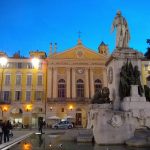 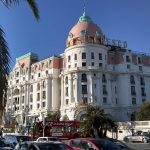 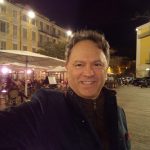 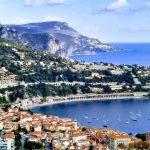 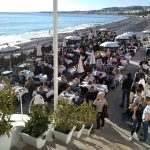 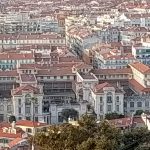 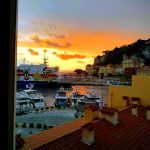 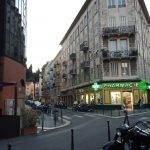 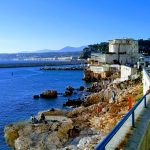 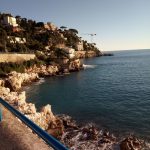 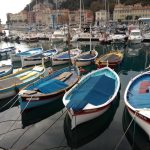 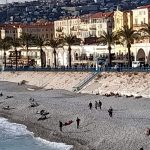 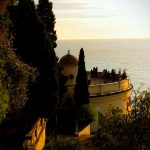 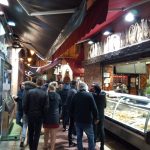 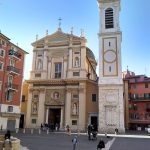 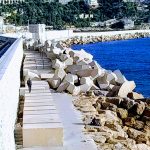